F. Matthias Alexander (1869-1955) was an Australian actor and reciter who became hoarse during performances to such an extent that his career was threatened. He came to realize that his problems were caused by the way he interfered with his natural co-ordination and functioning, and that he must somehow learn to prevent this misuse of himself.

After several years of patient observation and experiment, Alexander discovered and developed a new approach to co-ordination and movement. In doing so he not only cleared up his own vocal problems, but also brought about remarkable improvement in his general health.
Alexander moved to London in 1904 and continued to develop and teach his ‘Technique’ in England and America until his death in 1955. He started a three- year teacher-training course in 1931. There are now several thousands recognized teachers of the Technique worldwide and many doctors and specialists refer patients for lessons. Scientific research in England, North America, Denmark, and Australia has demonstrated the effectiveness of the work.

The outstanding value of the Technique in freeing and enhancing performance has been recognized in the theater world since the beginning of the 20th century. Most of the major recognized music and drama colleges in Europe and North America have Alexander teachers on their staff.

The Alexander Technique is taught at the Julliard School of Performing Arts in New York, at the Royal College of Music and the Royal Academy of Dramatic Art in London, The Stratford Shakespearean Festival, Boston University, and Het Sweelinck Conservatorium in Amsterdam, het Haags Conservatorium, and the officially recognized Academies for the Arts in Amsterdam, The Hague, Utrecht, Arnhem, Zwolle and many other centres.

I find the Alexander Technique very helpful in my work. Things happen without you trying. They get to be light and relaxed. You must get an Alexander teacher to show it to you.
John Cleese, Actor.

The Alexander Technique helped a long standing back problem, and to get a good night’s sleep after many years of tossing and turning.
Paul Newman, Actor

The Alexander Technique makes areal difference to my often tense and busy life. Its thoughtful approach has made me calmer, improved my concentration and given me a clearer sense of my own well-being. I am grateful for it.
Joan Bakewell, TV presenter and journalist.

I recommend the Alexander treatment as an extremely sophisticated form of rehabilitation, or rather redeployment, of the entire muscular equipment, and through that of many other organs.
Professor N. Tinbergen, from his Nobel Prize address

The Alexander Technique gives us all the things we have been looking for in a system of physical education; relief from strain due to maladjustment and consequent improvement in physical and mental health; and along with this a heightening of consciousness on all levels. We cannot ask more from any system; nor, if we seriously desire to alter human beings in a desirable direction, can we ask any less.
Aldous Huxley, Author 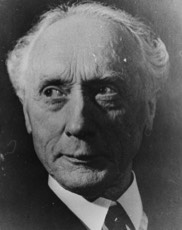 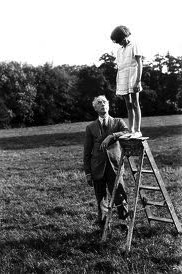